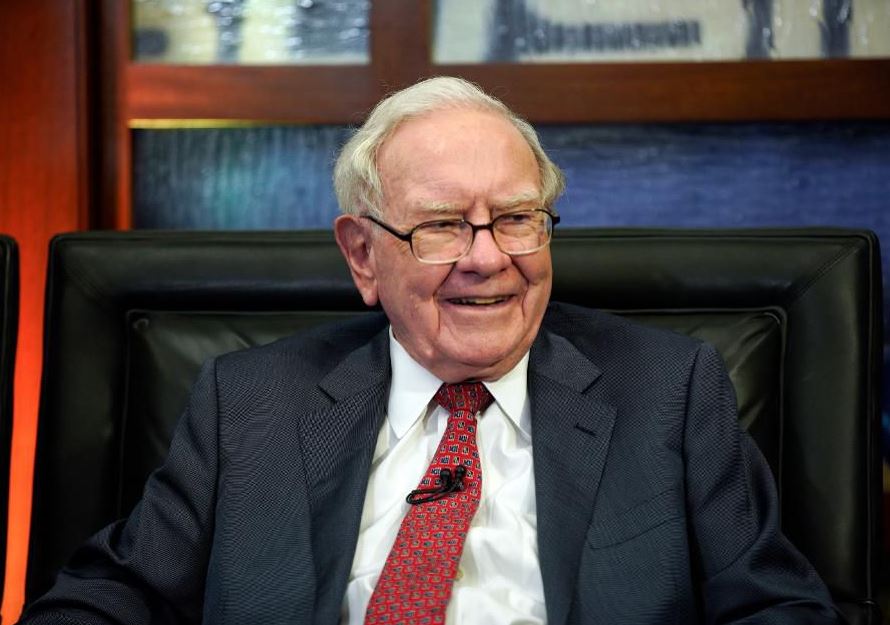 How much is Warren Buffett worth?

Warren Edward Buffett is one of the renowned investors, business tycoons, and philanthropists of the United States of America. He is the chairman and  CEO of the multinational conglomerate company Berkshire Hathaway.

Buffett has been considered one of the most successful businessmen and investors in the world having a  whopping net worth of around $82.6 billion. Due to his expanding net worth, he is considered the third-wealthiest person in the world.

Warren was interested in investing and doing business from a very young age. He went to the University of Nebraska but before his graduation, he took admission to the Wharton School of the University of Pennsylvania when he was just 19. Later he graduated from Columbia Business School and presented his investment philosophy with the concept of value investing.

Since 1970 Buffett has been ranked as the largest shareholder of Berkshire Hathaway. The global media outlets have titled him sage or oracle of Omaha.

Buffett was born on August 30, 1930, in Omaha Nebraska to Leila and Congressman Howard Buffett. He has three beautiful philanthropist sisters.

Buffett went to Rose Hill Elementary School and then after moving to Washington DC with his family, he attended Alice Deal Junior High School. For further studies, he went to Woodrow Wilson High School and graduated from there with flying colors. He also titled as a future stockbroker in an annual school book in 1947.

Buffet wanted to pursue his career and therefore he wanted to skip college but he was overruled by his father to continue his education first. In reality, he was inspired by a book from the Omaha Library named One Thousand Ways To Make $1000 when he was just seven. His main goal in life is to make money by doing hard work. For this purpose, he sold chewing gum, weekly magazines door to door and also sold Coca-Cola bottles.

He also worked at the grocery store owned by his father to earn some cash and learn some tactics on how to make money. He never felt shame in doing any type of work. In high school, he used to sell golf balls, detailing cars, and selling stamps and deliver newspapers.

From a very young age, his little mind explored many ideas and tactics to run a huge business smoothly. He placed a pinball machine in a nearby barbershop, which he bought for 25 dollars and within a few months he earned a good amount and purchased three more pinball machines and placed them at different barbershops.

Buffett used to observe the stock market shares and its fluctuations. He was interested in investing in stock markets from the schoolboy days. At the age of 10, he visited the New York stock exchange during a trip to New York. However, at the age of 11, he bought three shares of a private company.

During his teenage years, he used to make more than 175 dollars by selling Washington post newspapers and bought a 40-acre land with his savings of 1200 dollars. He saved about 9800 dollars during his college years.

Buffett went to Wharton School of the University of Pennsylvania. He wanted to skip college to pursue his career in business but due to the pressure from his father, he studied there for two years. After graduating from there, he entered the University of Nebraska where he graduated with a degree of Bachelor of Science in business administration.

Buffett wanted to join Harvard business school but after getting rejection he joined Columbia Business School of Columbia University and earned a degree of Master of Science in economics in 1951. After that, he went to the New York Institute Of Finance to proceed in his career.

Warren Buffett married twice. His first marriage had a little past linked with a ukulele. In 1949, He was attracted to a young woman whose boyfriend used to play the ukulele. Buffett competed with him and bought a minute instrument to impress Susan. However, that attempt was not successful but somehow it led to their marriage. He married Susan Buffett in 1952. The couple had three beautiful children named Susie, Howard, and Peter. The presence of Susan Buffett in Warren’s life has much importance.

Due to some reasons, the couple separated in 1977 however they remained married until Susan’s death in 2004. One of their children Susie is a member of the National Board Of Girls, Inc.

Buffett’s second time married a 60-year-old companion Astrid Menks in 2006. They were together since his separation with the first wife. Buffet, Susan and Astrid were close friends and Susan already doubted his relation with Astrid.

Buffets other hobbies and interests

Buffett is also an enthusiastic bridge player. He used to play 12 hours weekly with his fellow fan gates.

Besides this, he is an all-time follower of Nebraska football.

He also worked in an animated series Secret Millionaires Club under DIC entertainment. The series was based on the healthy financial habits of children.

Buffett was born with some strange habits and he is well- known for his agnosticism like he doesn’t keep mobile phones with him neither he had any computer at home. He drives his automobile and used to read five newspapers every day.

Buffets’ speeches and writings are known for creating humorous entertainment in boring business discussions. He has a good sense of humor and his writing and speeches including numerous jokes receive profound coverage by media.

Buffett started his career as an investment salesman at Buffett-Falk & Co and then from 1954 to 1956 he worked at Graham- Newman corp. he also worked as a security analyst at Buffett Partnership and then finally became the CEO of Berkshire Hathaway Inc in 1970.

Buffett met Geicos Vise president Lorimer Davidson accidentally at Heicos headquarters and they became life-long friends after a detailed discussion about the insurance business. Davidson titled him as “an extraordinary man”.

Benjamin Graham was a very difficult man to work with but buffets exceptional skills accepted that strictness and he started his career with a salary of 12000 dollars.

After finishing his partnership with Graham, Buffett started his investment partnership Ltd with his savings. During that period Buffett strived hard to operate several other partnerships and by the end of the decade, he became a millionaire from those earnings.

In 1988 Buffett started purchasing stocks in Coca Cola Company and eventually bought up to 7% to 1.02 billion dollars, which is considered as Berkshire’s best investments of all time.

In 2002, Buffett entered in a category of one of the richest businessman by making around 11 billion dollars by forwarding contracts to deliver the U.S. dollars against other currencies.

From 2007 to 2008, Buffett faced some financial crises. However, the loss was soon recouped.

Buffett is a kind-hearted person and is considered one of the leaders of philanthrocapitalism. Being the richest man in 2008, he donated a huge amount to charity. After donating a significant amount he became the second richest man with the net worth of 37 billion dollars.

In 2006, Buffett announced 83% of his net worth to the bill & Melinda Gates Foundation. Besides that, he donated 10 million Berkshire Hathaway shares to the same foundation making it the largest charity in history.

Buffett donated 50 million dollars to the Nuclear Threat and a significant amount of his earnings would pass to the Buffett’s Foundation.

Buffett was awarded various accolades for his tremendous skills.

Buffett won the presidential Medal of Freedom by President Barrack Obama in 2011.

In 2007, Buffett was listed among 100 most influential people in the world by Time’s Magazine.

He was also listed in the Foreign Policy 2010’s report as the most influential global thinker.

Warren Buffett is one of the richest people and perhaps the most influential personality of our times. He is the CEO and the largest shareholder of Berkshire Hathaway a multinational company in Omaha.

His sheer hard work, amazing skills and sense of investing are the main reasons for his successful career and whopping net worth.

Want to say anything about Warren Buffett net worth? Leave your comments below.