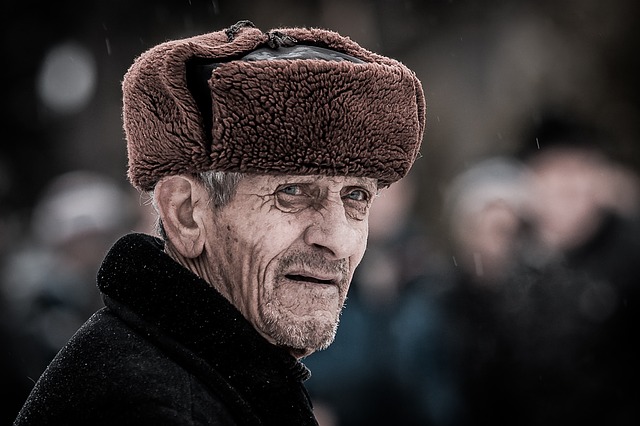 Modern-day advancements in medicine have caused the life expectancy of humans to increase significantly from around just 30 years in the pre-modern world. The WHO estimated the global average life expectancy to be around 72 years. More than double the number of years people lived since the 1900s.

However, the inequality of human health over the globe translates to varied figures for different countries. Access to better healthcare in rich countries increases the chances of the residents to enjoy a healthier and longer life.

This global inequality has decreased slightly over the years and now no country reports a number lower than the highest life expectancy noted in any country in the 1800s. Still, the average lifespan in poor countries remains low as compared to first-world nations.

While the average human life span is below the hundred mark; centenarians are not as rare as one might think. In 2015, half a million centenarians inhabited the world.

Fascinated by the centenarians, researchers at Washington State University’s Elson S. Floyd College of Medicine set out to explore what causes longevity. Over the years studies on the factors influencing longevity have increased still there remains much to explore regarding the demographic, environmental, and social factors linked with becoming a centenarian.

The role of genetics is undeniable and longevity has been attributed as a polygenic trait. Genes in several pathways determine longevity by affecting factors such as inflammation and immunity. However, aging has been noted to be only 20 – 35% heritable.

The study concluded that the community people lived in significantly impacted whether they would reach a centenarian age or not. The research published in the International Journal of Environmental Research and Public Health found that living in a highly walkable and mixed-age community increased the chances of making it to the 100th year.

Socioeconomic status was also found to correlate with reaching the centenarian age. An additional analysis further revealed that the probability of living up to 100 was higher in urban areas and small towns with high socioeconomic status. The study pinpointed the Seattle area and the region around Pullman, Wash to be the area where residents tend to live longest.

For this study, the researchers obtained registered death records for the years 2011 – 2015 from the Washington State Department of Health, Center of Health Statistics. The data obtained contained information regarding the deceased’s sex, race, education, marital status, and area of residence at the time of death.

The researchers focused on people who died at the age of 75 or above. The scientists were mindful to exclude those under this age in their analyses to rule out the influence of common causes of death in earlier ages such as accidents, infant mortality, and congenital health conditions.

Another reason for choosing individuals belonging to this age bracket was because they qualified for Social Security and Medicare influencing income and access to healthcare which are strong predictors of longevity. People belonging to this age group were also more likely to settle into a neighborhood and reap benefits of the services those areas have to offer.

Keeping in mind the area where the person lived, the researchers analyzed data from the American Community Survey, Environmental Protection Agency, and other sources to score different environmental variables for their neighborhood.

The variables considered included poverty, access to transit and primary care, walkability, percentage of the working-age population, rural-urban status, air pollution, and green spaces. Finally, they performed a survival analysis to determine the neighborhood and demographics linked to a lower probability of dying before the 100th mark.

They discovered that neighborhood walkability, high socioeconomic status, and a high level of people belonging to different age groups residing in the area were positively connected to reaching centenarian age.

“These findings indicate that mixed-age communities are very beneficial for everyone involved,” said study author Rajan Bhardwaj. “They also support the big push in growing urban centers toward making streets more walkable, which makes exercise more accessible to older adults and makes it easier for them to access medical care and grocery stores.”

The researchers also observed that neighborhoods that more age-diverse are mostly present in urban areas. Older adults were less likely to suffer isolation in such neighborhoods and enjoyed more community support.

Bhardwaj further stated that they hope their findings bring to light the significance of efforts aimed to address health disparities incurred on racial minorities such as African Americans and Native Americans. In line with previous research findings, the data points out that being white positively correlated with becoming a centenarian. When gender was considered the researchers found that women were more likely to live to the ripe old age of 100.

The study was also able to highlight the neighborhoods across the state where people experienced a higher probability of living to centenarian age. These areas were high socioeconomic urban centers and small towns including areas such as Seattle and the Pullman region.

Although future studies are required to expand upon the findings, the researchers hope their study findings could help build healthier communities that contribute to longevity in older adults.

So the elixir of life may be no more than a pleasant evening stroll around your beloved neighborhood.