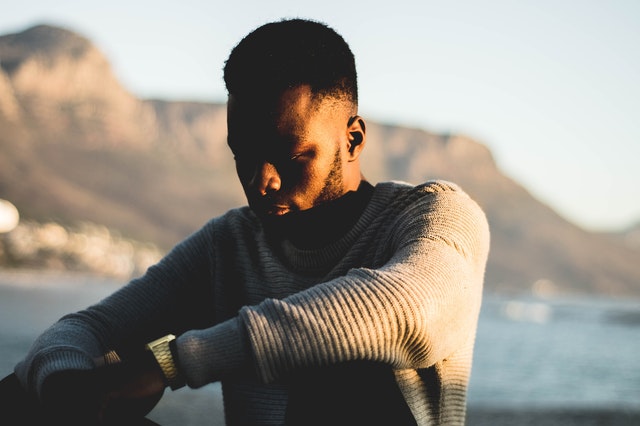 Most people experience sadness or ennui at some point but if the feelings persist for too long and hamper daily activities the underlying cause may be depression.

Depression is a debilitating mood disorder that can have a devastating effect on our daily lives. Its severe impact on the lives of affected persons lead WHO to enlist it as the main cause of disability worldwide. Severe depression if left untreated may lead to suicide. Each year nearly 800,000 people commit suicide making the second leading cause of death for 15 – 29 year olds.

Treatments for depression include psychotherapy and antidepressant medication. However, 85% of people belonging to low and middle income countries receive no treatment. A scarcity of resources, lack of trained health-care providers and social stigma associated with mental disorders prevents those suffering from receiving the appropriate treatment.

Intermittent Theta Burst Stimulation (iTBS) is a non-invasive method of treating chronic depression approved by the US Food and Drug Administration. The technique involves directing hundred of strong magnetic pulses to specific parts of the brain to build stronger neural connections that can help improve symptoms of chronic depression.

A study conducted in 2018 showed that half of the patients receiving this treatment showed positive results and one third experienced remission. But a new study conducted by the researchers at the Stanford University and Palo Alto University noted a higher success rate by administering stronger dosage of pulses over more frequent daily sessions.

The study conducted on 21 people suffering from chronic depression noted improvement in 19 people.  Side effects of exposure to the magnetic fields included mild symptoms like headaches. Although the number of participants of the study is fairly small and the absence of a control group casts some doubts of its efficacy, it provides some hope for patients who do not respond well to traditional methods. One of the patients; a 60 year old who suffered from bipolar disorder, reported a quietening of the overwhelming thoughts of hopelessness that pervaded her mind since adolescent.

Depression continues to be a perilous mental disorder that affects millions all over the world. The social stigma attached to it makes it difficult for those suffering to be more open about their struggle. The shame associated with mental illness prevents people from seeking medical help and in turn isolates them further from society exacerbating their symptoms. More treatment options for this crippling disease along with widespread awareness to achieve societal acceptance of the disease can help eradicate it.

The above study gives a ray of hope for the effective treatment of the 10 – 12% patients of chronic depression who do not respond well to commonly available treatments. More research needs to be performed and this avenue should be explored further.