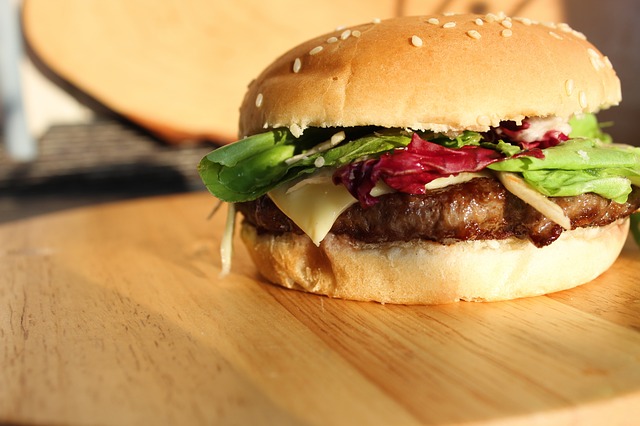 Many of us turn to comfort foods high in saturated fats such as burgers and fries in stressful times. There is evidence that suggests we are genetically predisposed towards fatty foods. Our ancestors living in African Savannahs — busy staving off wild beasts and famine; relied on the genes that sought energy-dense foods to increase their chances of survival.

But most humans no longer live in an environment where food sources are scarce, which puts our genes at odds with our sedentary lifestyles and an overabundance of processed food products that surround us. Driven by pleasure-seeking tendencies we often find ourselves reaching for Big Mac or McDonald’s despite research consistently linking such calorie-rich foods to adverse effects on health. You are what you eat, is a slogan which modern-day research continues to find true.

If the numerous health disadvantages associated with fatty foods were not compelling enough to make you pass up on the grilled cheese sandwich, a new research further links the consumption of such foods to a decrease in the ability to focus. The study published in The American Journal of Clinical Nutrition tested the attention span of 51 women after eating a meal high in saturated fat and a meal high in unsaturated fat. Their performance corresponds to a connection between high saturated fatty food intake and the brain as an inverse relation was discovered between eating such foods and an individual’s ability to concentrate on a task.

The researchers were also seeking for a relation between leaky gut and the ability to concentrate. Endotoxemia or leaky gut is a condition in which intestinal flora permeates into the bloodstream which causes an outflow of lipopolysaccharides as well. The results of the study showed that participants suffering from this ailment had a lower attention span irrespective of the kind of meal they ate before the test.

The impact of a single meal on the ability to focus was a startling discovery. The effects of a particular diet usually take years to materialize, so the fact that the study found a difference following just one meal is rather alarming. The study used food cooked in sunflower oil (unsaturated fat) as an alternative to high saturated fatty food, and while it contained low saturated fat it was still high on dietary fat content. It should be noted that the cognitive effect would most likely be more pronounced if the consumption of fatty food was compared to a low-fat meal.

A continuous performance test was used to gauge uninterrupted attention, concentration, and reaction time in a 10-minute computer-based activity. A baseline assessment of the women was performed in the morning before the test. The menu for high-fat meals included eggs, biscuits, turkey sausage, and gravy with 60 grams of fat content and prepared in either palmitic acid-based oil (high saturated fat) or sunflower oil (low-saturated fat content). The two meals amounted to roughly 930 calories each. After five hours the participants were asked to retake the continuous performance test and the results compared. Blood samples of the participants were also collected in fasting conditions and screened for the presence of an inflammatory compound which is an indicator of Endotoxemia. The test was repeated with an alternative meal to the one eaten before between 1 and 4 weeks.

The participants showed an 11 percent decrease in the attention assessment test following a high saturated fat meal. The researchers noted their response times were more irregular and they unable to focus their attention on the computer-based activity which required them to detect target stimuli. The participants suffering from a leaky gut performed worse no matter what they ate.

While the study did not explore the exact mechanism which leads to lower concentration following a meal rich in saturated fats, the researchers did point out that previous research suggests such food amp up inflammation in the body and possibly brain as well. Moreover some research shows that good fatty acids such as omega-3 are capable of crossing the blood-brain barrier and a lower concentration of these in the blood may lead to deteriorating mental health and even Bipolar disorder.

Another study published in the Journal of Physiology in 2012 conducted on rats showcased the effect of a high-fructose diet on learning and memory. The study findings indicate that high sugar consumption significantly impairs cognitive abilities and disrupts insulin signaling which plays a critical role in memory retention and learning.

Janice Kiecolt-Glaser, professor of psychiatry and psychology and director of the Institute for Behavioral Medicine Research at Ohio State, where the present study was conducted comments, “What we know is that when people are more anxious, a good subset of us will find high-saturated-fat food more enticing than broccoli. We know from other research that depression and anxiety can interfere with concentration and attention as well. When we add that on top of the high-fat meal, we could expect the real-world effects to be even larger.”

When social distancing begins taking a toll on your wellbeing or work from home becomes a challenge; it is natural to find yourself reaching for some burger and fries to keep yourself going even in the most testing of times. Chowing down on a double cheeseburger and some soda may fire off the reward signal in the brain and cause temporary stress relief but it comes at the cost of losing alertness. So if you want to stay on top of your game and prevent slacking behind during this pandemic maybe it is best to snack on some crispy kale rather than potato chips.

A healthier body and a sharper mind could be motivation enough for you to ditch unhealthy eating habits and go for more greens. You can still indulge in your favorite fatty foods on an occasional cheat day when you turn off your computer, put away the chess game, and dig into a delicious slice of pizza while watching Netflix.