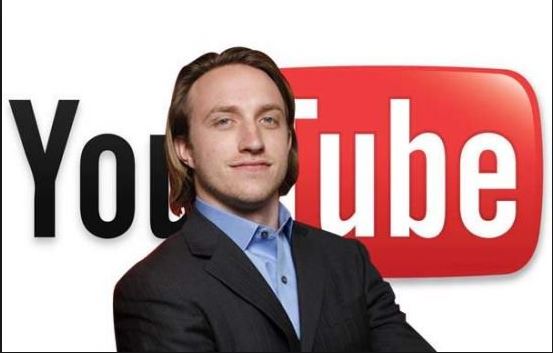 How much is Chad Hurley worth?

Chad Meredith Hurley is famously known as the co-founder of YouTube, world’s largest video-sharing website. Chad is an American media tycoon and former CEO of YouTube and MixBit. In 2006, he was mentioned on Business 2.0’s “50 People Who Matter Now” list. In 2006, after making YouTube, he and his friend, Steve Chen sold YouTube to Google for $1.65 billion.

Before launching YouTube, Chad Hurley also did a job in eBay’s PayPal division where his one of the main JDs was to design the original PayPal logo. While working on YouTube, Chad was responsible for the sharing and tagging features of YouTube.

As of this year, Chad Hurley net worth is around $355 million.

Chad Hurley was born in the state of Pennsylvania at January 24, 1977. He is the second child of Don and Joann Hurley. He grew up in Pennsylvania. Chad has a younger brother named Brent and an older sister, Heather.

Hurley had an interest in arts since his childhood. He also had an interest in computers and electronic media. As a member of his high school’s cross-country program, Chad and his team won two of its PIAA State titles. Chad was a prominent member of his high school’s Technology Student Association. In 1995, Chad did his graduation from Twin Valley High School. In 1999, He got his B.A. degree in Fine Arts from Indiana University of Pennsylvania.

In 2010, Chad Hurley stepped down from the position of YouTube’s CEO. After stepping down, Chad remained advisor of YouTube. Sala Kamangar, then take the position of YouTube’s next CEO. After the three years, in 2013, Chad Hurley launched another company called MixBit. The company performs video editing using smartphones. Steve Chen claimed that it was Chad’s original idea to make MixBit even before launching YouTube.

What do you know about Chad Hurley net worth? Leave your comment below.