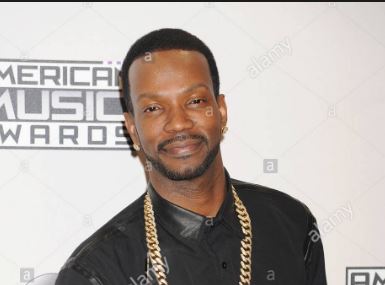 How much is Juicy J worth?

Juicy J has made quite a name for himself over the years and entered the music industry from a young age. He has collaborated with several artists such as Wiz Khalifa, Katy Perry, Nicki Minaj, and Travis Scott.

Juicy J’s real name is Jordan Michael Houston and he was born in Memphis, Tennessee. He attended the North Side High School but didn’t pursue any professional education.

Like many musicians, Jordan knew that he wanted to make music his career and he started practicing his skills and creating music from a young age.

His level of dedication speaks through his actions such as him practicing his skill on the drums by playing on empty jars as he couldn’t afford to buy real drums for himself.

Eventually, his grandfather gifted him a Casio and he began honing his skills on that.

Later, he purchased a recording machine and was thus able to start making music without anyone’s help.

The beginning of his career was rough as he didn’t have the proper guidance needed to make music. Eventually, he met with some like-minded rappers and was able to form the group Three 6 Mafia, which was previously named Triple 6 Mafia.

Juicy J founded the group with DJ Paul and Lord Infamous but other rappers like Crunchy Black were also part of the hip hop group.

Three 6 Mafia produces southern hip-hop and the first album they released was Mystic Stylez which was released under the record label, Hypnotize Minds, also founded by Juicy J and DJ Paul.

The album did better than could have been expected considering how the rappers who were part of Three 6 Mafia were mostly amateurs. The hip-hop group went on to release several more albums such as When the Smoke Clears.

Check out the Net Worth of DJ Envy and Action Bronson

In 2022, Juicy J net worth is estimated to be around $30 million, and his group Three 6 Mafia has contributed massively to his success.

Though much of Juicy J’s success can be attributed to his hip-hop group, his solo music has also gained significant popularity.

Juicy J’s albums were received well by critics and fans. The first album he released was called Chronicles of the Juice Man and the second one being Hustle till I Die.

Though Juicy wasn’t working with his hip-hop group he was still collaborating with other rappers such as Wiz Khalifa, later becoming part of Khalifa’s entertainment company called Taylor Gang.

He released his third solo album called Stay Trippy soon after and his most recent studio album is Rubba Band Business.

As of 2022, Juicy J net worth is around $30 million and has been affected significantly by his collaborations with other musicians.

He was part of the hit Katy Perry song Dark Horse and even won awards for his performance.

What do you know about Juicy J net worth? Leave your comments below.